A six hour bus journey has brought us north to the city of Siem Reap. This area is famous for Angkor Wat and the surrounding temples. We decided to visit the outlying temples first, and hired a Tuk-Tuk driver for $10 a day to shuttle us around. The countryside is actually very pretty. Most people live in stilt homes with thatched walls and roofs made from palms, wood, and leaves. 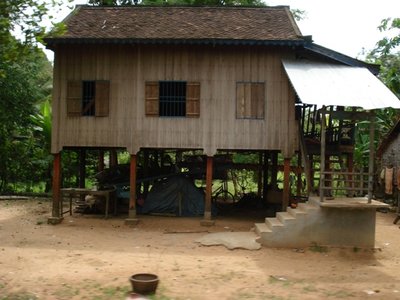 The local gas stations are simply roadside stalls with old, one liter Johnny Walker liquor bottles filled with fuel. It's hard to tell exactly what the bottles contain. However, whatever it is, it seems to keep the motorcycles sputtering right along. 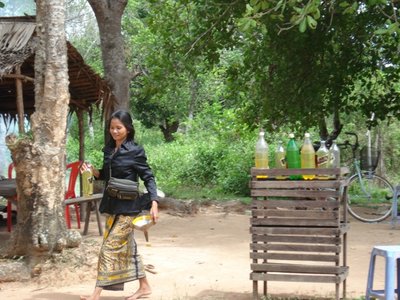 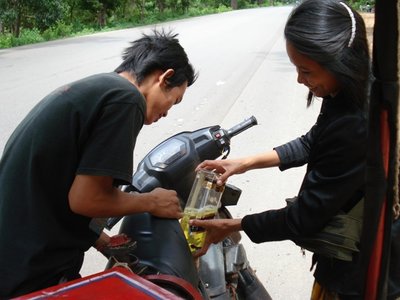 Most of the temples were built in the third century A.D. A large Hindu influence can be noted on the stone carvings. Many representations of the gods Shiva, Brahma, Vishnu, and Yama can be seen. Experts believe that during the most prosperous time, approximately one million people lived in the area.

The first temple we visited was Banteay Srey which was built in 968 A.D. by King Jayavarman V. This temple site is smaller than the others, but the stone carvings found here are very intricate and are in superb condition. We also visited a number of other temples, including Banteay Samre, Prei Prasat, and Sras Srang to name a few. All of the temples are incredible...many of them have carvings of elephants, Apsara dancers, and scenes from various battles. We have over 150 photos from the past two days, and it was very difficult choosing just a few to place on the blog... 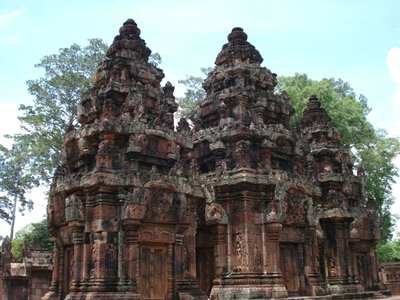 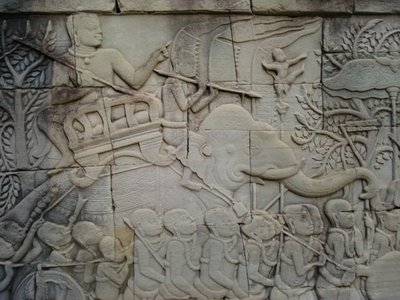 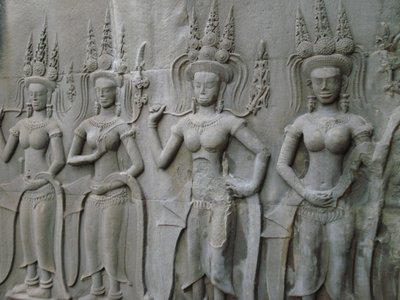 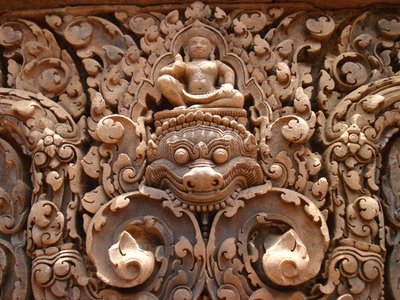 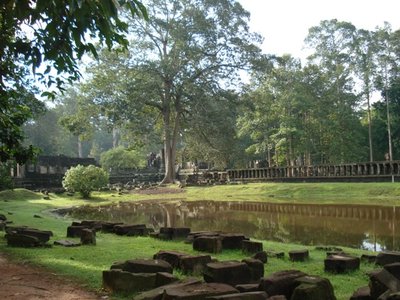 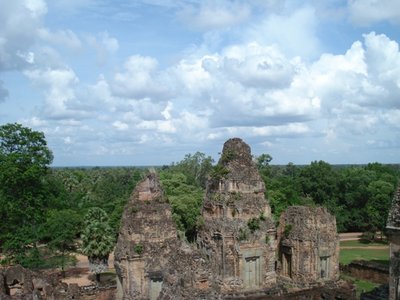 During the second day of our "temple tour", we focused on the larger and more famous sites. We were up at dawn and saw the sunrise behind the towers of Angkor Wat. This is probably the most famous site in all of Cambodia and serves as a symbol of pride for the Khmer people. In 1100 A.D., this site served as a capital city, temple, mausoleum, and palace for King Suryavarman II. 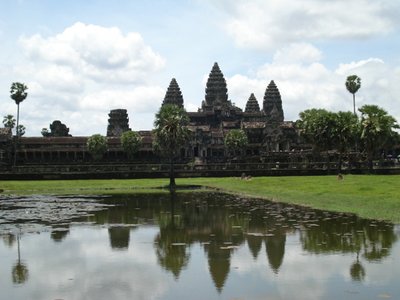 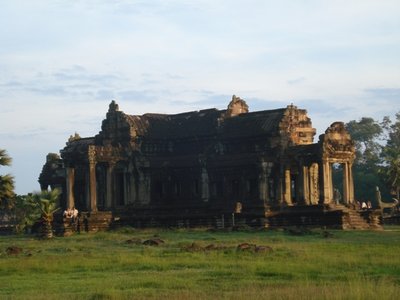 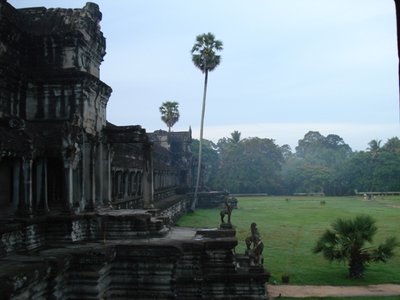 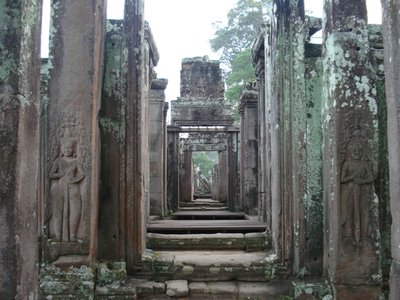 Another large temple complex is Angkor Thom. This site has a very impressive entrance with a large stone archway. Within this area, Prasat Bayon temple has many large stone head carvings....... 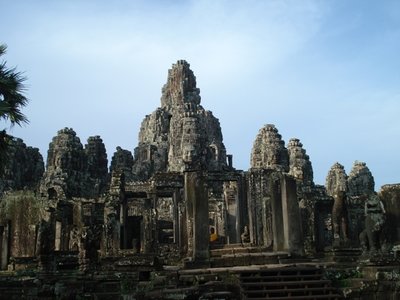 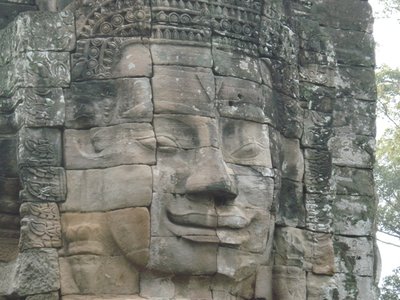 The "Jungle Temple" of Ta Prohm was featured in the movie Tomb Raider. As you can see, many trees have grown up, around, and through the temple walls. 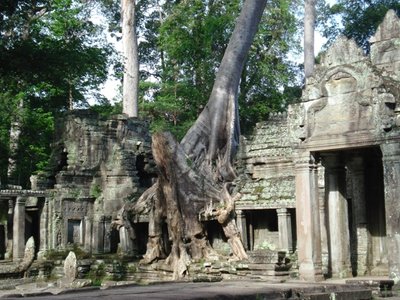 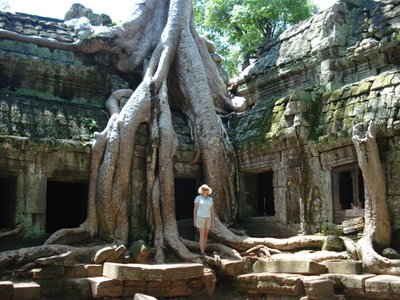 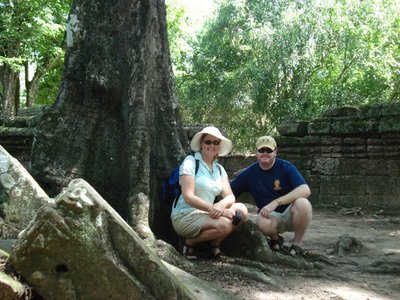 We’ve had a great time exploring all of these incredibly grand and amazing sites.

Previous Next Table of contents