Our trip to Belize started off a bit rocky. Our flight was delayed, so we missed our connection and had to stay overnight in Houston. Fortunately, the airline provided a hotel and paid for our dinner. We were able to catch another flight early the next morning.

Belize, formerly known as British Honduras, gained its independence in 1981. However, it still remains part of the British Commonwealth. English is the official language and the Belizean Dollar (with a picture of the Queen) is pegged to the U.S. Dollar at a 2 to 1 exchange rate. Things aren’t cheap in Belize. It’s actually the most expensive country in Central America.

We picked up a rental car in Belize City and quickly headed out of town into the jungle district called Cayo. We're staying in a small cabana (cottage) outside of a town called San Ignacio. This area of the country is very close to the borders of Mexico and Guatemala. Most of the tourist activities in the area are based around the Mopan River and the numerous Mayan ruins. The scenery along the river is very beautiful…lots of small waterfalls and rapids. 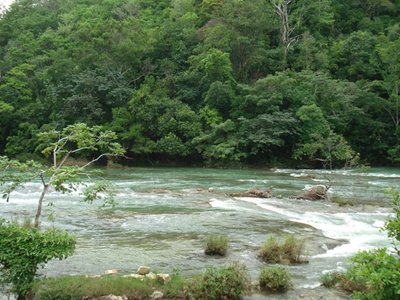 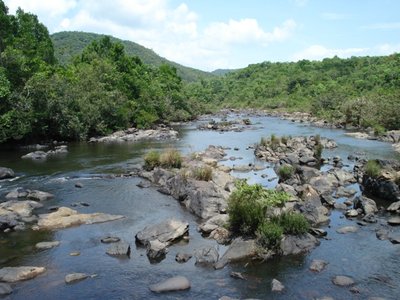 Belize has an unusual mix of different cultures. As expected, there is a strong Caribbean and Latin influence. The British also left a lasting impression on the country. Driving through the countryside, we even passed a couple of Mennonite communities. It's very odd to see people in this part of the world riding around in buggies; women in long dresses and men wearing suspenders and straw hats. Apparently, about 3,000 Mennonites immigrated here in the 1950's.

Travelling a little bit further north, near the village of San Jose Succotz, we visited the Mayan temple Xuantunich. To reach this monument you need to cross the Mopan River by a small hand-cranked ferry. 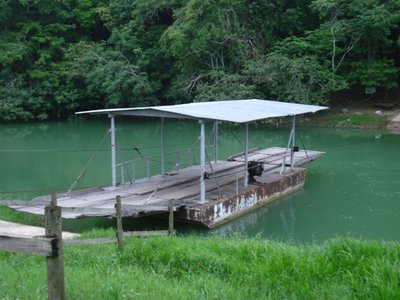 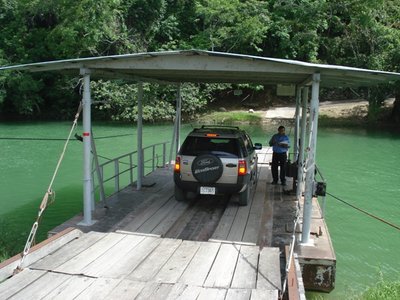 Most Mayan temples in this area are thought to have been built around 300-900 B.C. This particular site has a large 120 foot tall pyramid at the center of the complex. When climbing the pyramids, you have to be careful to watch your step. It's very slippery and there are no handrails, but the view from the top is breathtaking. 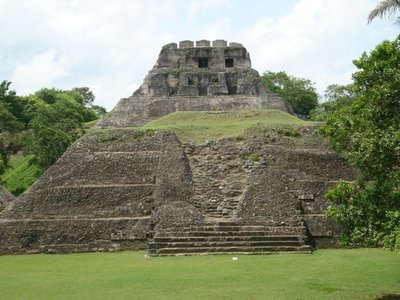 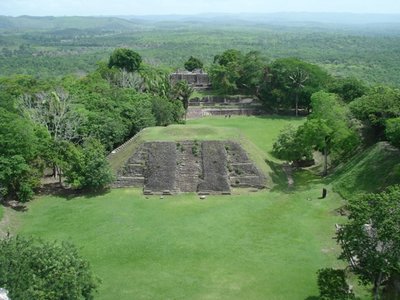 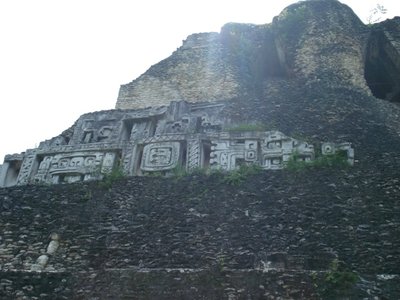 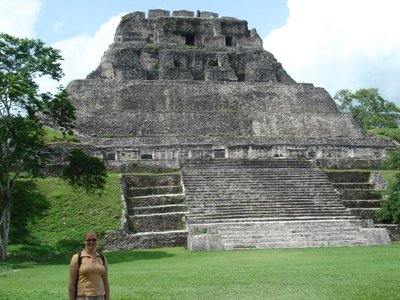 In the afternoon, we ventured further off the beaten track to the temple complex of Caracol. This is the largest and most impressive Mayan site in Belize. To reach the site, you must drive 40 miles into the jungle on dirt roads, stopping to sign in at two government checkpoints. Until recently, you had to wait to be escorted by the Belize Defence Forces due to bandit activity in the area. The British Army also uses this location for training. We encountered several British troops along the roadside who were preparing to enter the jungle. Much of the area is off limits to civilians since it is used for live fire exercises. 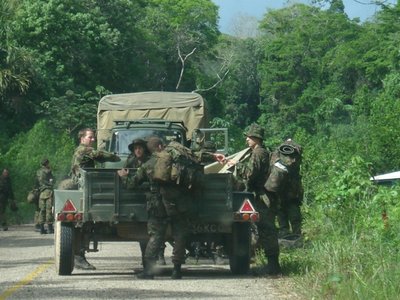 The Caracol temple itself was discovered in 1936. The large central pyramid area is known as Caana or Sky Palace. There are also multiple ball courts and other temples with intricate stone work. Only about 30 people a day actually visit this remote site. We pretty much had the whole place to ourselves. 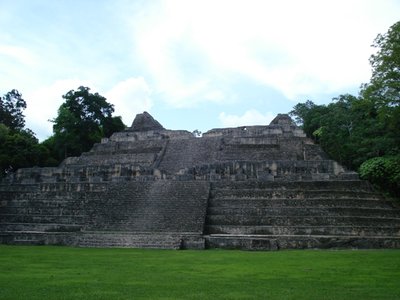 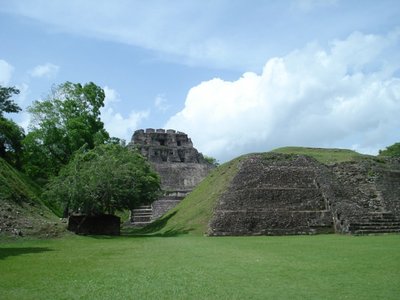 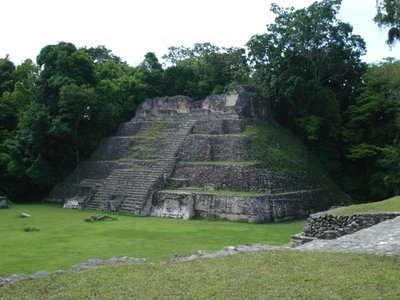 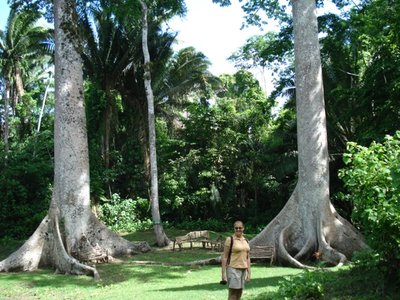 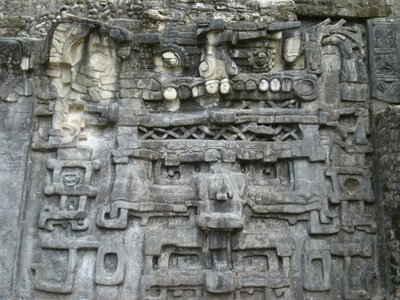 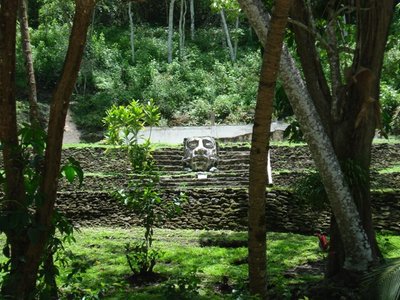 On the way out of the jungle, we almost ran out of gas. Fortunately, we were able to coast into a petrol station on nothing more than fumes. Otherwise, we would have been begging for fuel from the British Army or catching a ride in the back of a truck with some of the locals!

That’s all for now.