The central bus terminal in Panama City is convenient and easy to navigate. It's very modern, and probably better organized than most U.S. bus terminals. As with other countries we have visited, traveling between different regions and cities is relatively easy and economical. The trip to El Valle was about 80 miles, and it only cost $3.50 per person. The long distance buses here are definitely an improvement over Nicaragua. The mini-buses can accommodate around 30 passengers, and most of them even have air conditioning.

After a two hour journey, we arrived in the Cocle Province and the town of El Valle. The town is further inland, at a higher elevation in the mountains, which makes the temperature about 10 degrees cooler than the coastal regions. The surrounding area is very picturesque, with rolling hills and lush vegetation. It rained each day during our visit, which is typical for this time of year. 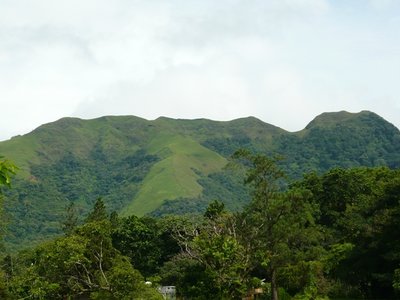 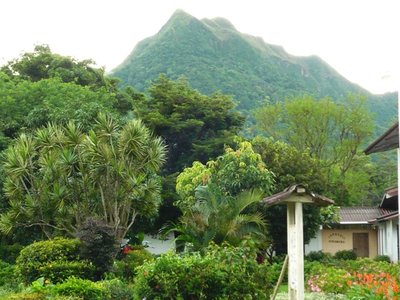 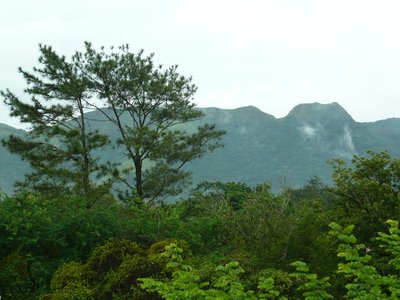 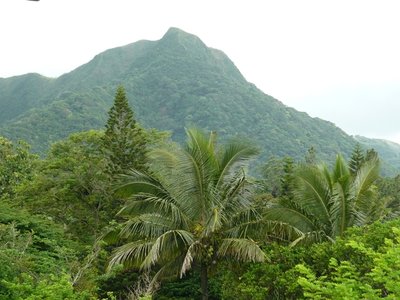 The Mercado is the central area of town, with fruit and vegetable stands, and also a tourist market with local handicrafts. On the weekend, the market became very busy with locals and tourists. Visiting El Valle is a great way to escape the heat of Panama City, and a lot of people have second homes in the area. 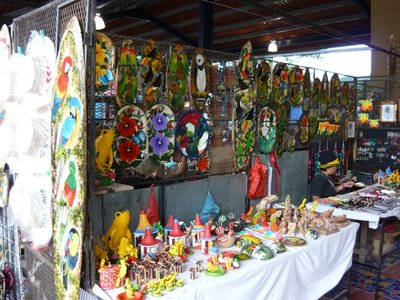 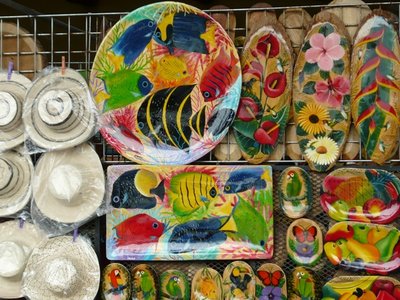 One of the main attractions of El Valle are the thermal pools. Locals believe that there are medicinal powers in the water and soil of this area. There were only a couple of small, concrete pools, with "medicinal mud" in old, grungy buckets. Mud facials were $1, and several people were sitting around with the grey mud applied to their faces and the rest of there bodies. After questioning what was actually in the mud buckets, we decided to pass on the experience.

Further up into the hills, there is a nature walk and the waterfall El Macho. We followed the road along the river and then entered a small nature park. The trails and suspension bridges were a bit slippery, but we made it to the waterfall in time to take a few pictures before the rain started again. 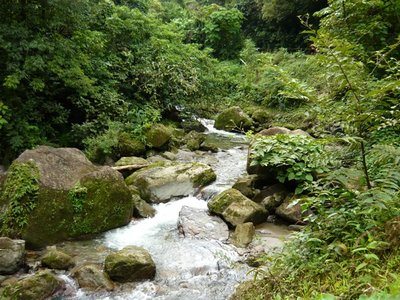 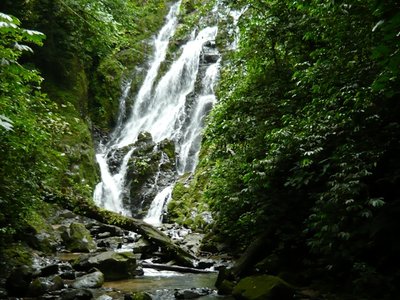 That's all for now. Tomorrow, we will be leaving Panama and moving on to Ecuador. 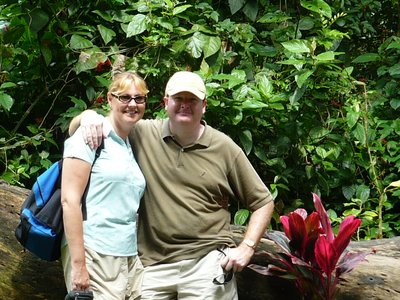