One Night in Bangkok

Bangkok is one of our favorite cities. It certainly tops our list of places to live in Asia. However, we opted for only a brief stopover, since we both visited Thailand back in 2004. Unfortunately, the exchange rate is not as favorable as it was back then.

Bangkok has a number of massive night markets that sell just about everything, including "replica" designer watches, purses, etc. Brand names such as Rolex, Prada, and Gucci are easy to find. DVD's are also plentiful, including the new Indiana Jones movie which was only released a few days ago and can be had for $2 on the street. Between Tuk-Tuk's and the sky train (Light-rail), it is very easy to move around the city. 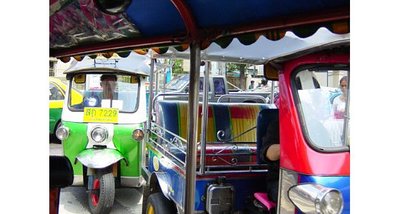 Most of the monuments and Buddhist Wat's lie along the Chao Phraya River. Wat Po (Wat Phra) is famous for the large reclining Buddha. 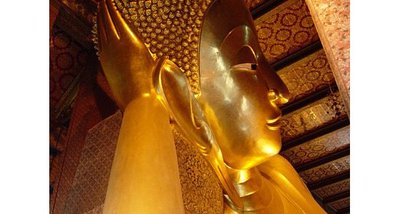 The Grand Palace is a large complex that includes Royal courtyards, museums, and the Temple of the Emerald Buddha. 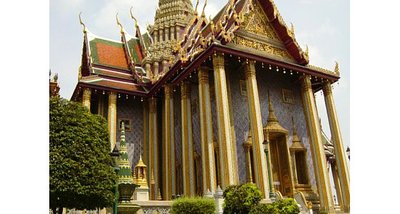 Feeling the need for some air conditioning, and some Western/American "culture", we opted to see a movie in one of the newest digital cinemas in Bangkok. This was an interesting experience. When you purchase your ticket, you also choose your seats, as it is all assigned seating. Prior to the movie starting, a short video is played of His Majesty King Bhumibol Adulyadej, and everyone must stand respectfully for the playing of the national anthem. The King of Thailand is the longest reigning monarch in the world and he is absolutely loved and revered by all of the Thai people.

Our next stop is Phnom Penh, Cambodia.