We left Quito for a small town about 3 hours northwest called Otavalo. Its Saturday market is one of the largest in Ecuador and dates back to Inca times. The bus ride took us through the northern highlands of the Andes mountains, passing several small towns and lakes along the way.

The main plaza of Otavalo is the central hub of activity. We arrived on Friday night so that we could shop the market early on Saturday morning. We were told that prices would start to go up by mid-morning when the larger tour groups hit town.

Market day arrived and the town sprung to life. The streets were filled with trucks, produce carts, bicycles, and people. The whole town seemed to change into a market, with each area specializing in something different. We saw a fruit and vegetable market, a clothes market, and even a potato market. Earlier in the morning, there was also an animal market. We watched as one gentleman walked his sheep home. 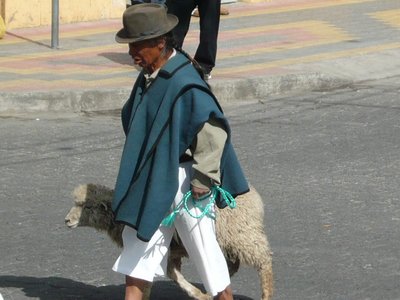 The people here appear very similar to those that we met in Peru last year. Both men and women are small in stature, and many people still dress in traditional clothes. 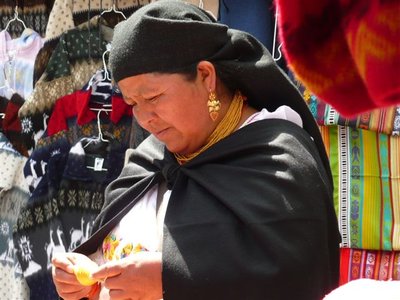 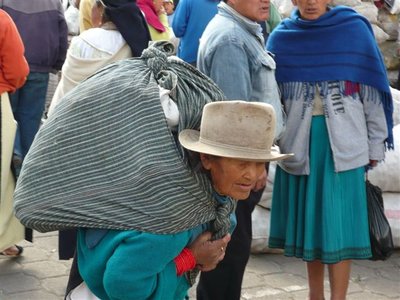 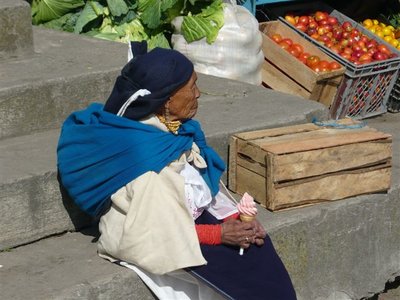 We spent most of our time roaming around the handicrafts area of the market. There were rows and rows of colorful blankets, sweaters, ponchos, and tablecloths on display. This area is well known for weaving, embroidery, and leather works. 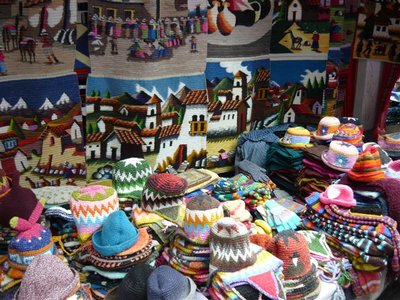 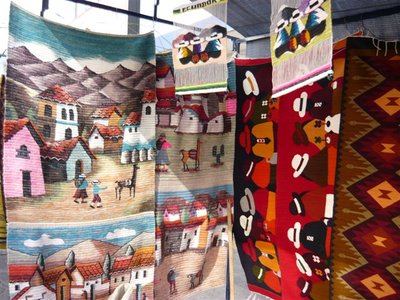 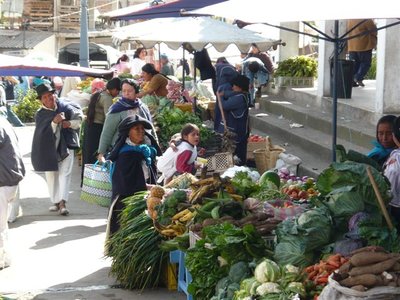 Steve put his negotiating skills to work and we purchased a couple of items. As expected, we found that the prices were cheaper before the large tour groups started to arrive. Later in the day, when we tried to buy a similar item, the asking price was $5 more. As the morning went on, more and more people started to arrive, and we decided it was time to pack up and head back to the city.

This past weekend in Quito, there was a large celebration for Independence Day -- Fiesta Civica Nacional. The official date is August 10th, but celebrations were held all weekend. The streets were overflowing with people; it seemed like all of Ecuador must have turned out for the event. 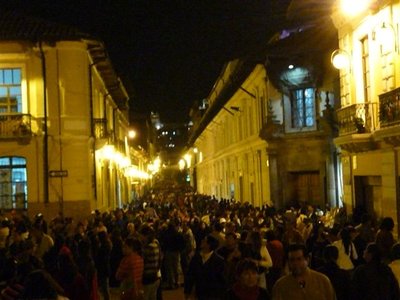 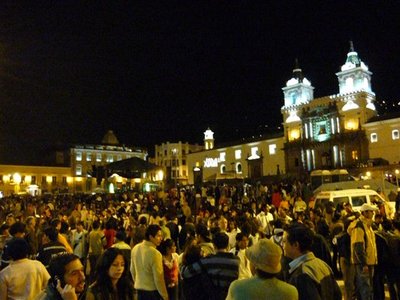 Stages were set up in the plazas of old town which featured local musicians, and all of the museums were open to the public free of charge. Also, many of the local theatres had free exhibitions of ballet, opera, and scenes from traditional plays. The old town district is really beautiful at night. All of the churches and colonial buildings are illuminated with different colors of light. 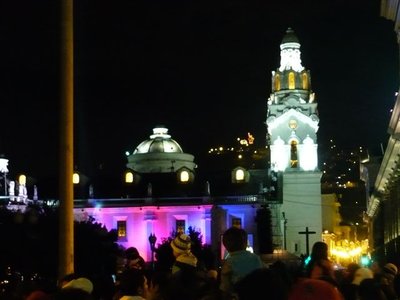 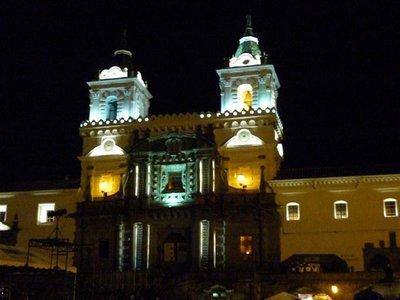 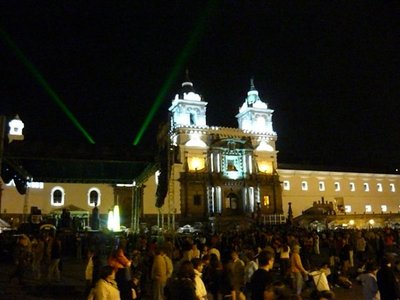 One of the smaller plazas had a exhibition of traditional music and dancing. Here is our first attempt to post a video on our blog...

We will be heading home in a few days, so this will be our last blog entry for Latin America. We've had a great trip, and have now visited every country in Central America, except for Honduras and El Salvador.

We will be moving on to Europe later this month to visit Portugal, The Azores, Spain, Italy, and France.